The Theory of Design is a four-year educational program that bridges basic and applied, practice and theory, sensitivity and science, and the various specialist design disciplines and the disciplines of art, engineering and business. In the first year students learn the essence of design, and extend this to various social issues. In the second year, students explore the elements of form including architecture and art from the perspective of modernism, and also from the perspective of morphological theory and ideas. In the third year, students review a diverse range of design practices in society, and discuss the various issues of modern design and the design approach to these issues as design methods and design concepts. In the fourth year, students shift their focus to their Graduation Work/Thesis. Design themes are presented as visions interpreted by way of theories of civilization and culture (full-time instructors and guest speakers), and broad-ranging discussions are held on design from the perspective of formative language, environmental formation, information, and life.


Design and form have developed their own design language and formative language. For example, in ancient Greece various languages were devised relating to proportion, such as the golden section, and these languages are useful not just for production, but for considering design as well. Semiotics is the study of language in design, and is also characterized by its integration of the various technologies, methods and theories that form design language and formative language. Students study product and visual language, and deepen their understanding of the structure and function of broadly perceiving and expressing form as language.


In the third and fourth years, the theoretical foundations of design are set, and theories rich with ideas that stimulate design are laid out. These include Linguistic Theory, Theory of Communication, Theory of Artificial Intelligence, Image Engineering, Sociology in a Special Subject, Poietics, and Theory of Typography. Within this is also the Theory of Autopoiesis. Autopoiesis is a theory of considering shape and structure. However, rather than creating according to a blueprint based on a clear intent, this theory is characterized by considering structures that are formed autonomously and spontaneously, like society. This includes a substance forming a shape, shape formed in human perception, and the forming of a society.
In the class, students think about creation, and systems to support that creation. During this, students rewrite the system from the creative interior and exterior, making shapes through experimentation that bridges creation and complexity or through the dynamics of life, and from the principle of realizing diverse dynamics through the created shape, they consider life, rehabilitation, and architecture. 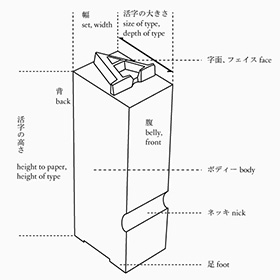 
Letters are one of the elements that form the core of civilization and culture. Typography is design centering on letters, and is connected with the comprehending and processing of textual information, letters and media reproduction techniques, and the social systems that underpin this. This is the reason that typography is positioned not as graphic design, but as theoretical practice.
Students learn the fundamental concepts of typography, the fundamentals of technical and stylistic change, and the practical fundamentals of Japanese and European typography, and after gaining an understanding of these basic elements, they explore the background to this, including formative and technical historical observation, focusing especially on the historical transition of 18th – 20th century typography, and also the concept of modern design through typography.


Modern semiotics was devised in the early 20th century as a study of human semiotic behavior with the elements of various disciplines including linguistics, logic, mathematics and philosophy. Today, a fundamental reform in thinking is necessary to deal with various issues that the 20th century, i.e., the industrial design century, has produced and left unresolved, and the unknown issues that will arise with the future maturation of the IT society. In Design Semiotics, students learn methods of logical design thinking by deciphering phenomena relating to design from a semiotics perspective based on outcomes in information science that traverse humanities and science. Students also study design phenomena such as form, man-machine interface, the design process, and product semantics as the semiotic process and semiotic phenomena.


Words, pictures and the like have an impact not just on expression, but also on human perception and behavioral style. Culture is not just form, but broadly includes human awareness and behavior that creates formative style. Cultural Semiotics is the study of culture from an expression perspective. “Wordplay” and “parody” not only deal with words, but can also apply to visual signs such as illustrations. For example, while reading and analyzing “Alice’s Adventures in Wonderland”, students also read Lewis Carroll’s writings relating to logic. They then illustrate scenes they find interesting. In making these illustrations, students come to understand the “wordplay” and “parody” concealed within “Alice’s Adventures in Wonderland”, and create new symbols = illustrations from Carroll’s text = letter symbols and based on their own interpretations as they come into contact with Carroll’s world view and philosophy. Students fashion Alice and various other characters based on their own interpretations, and compile these into their own portfolio of illustrations.

Sociology in a Special Subject


Sociology in a Special Subject aims at looking into the “present” of the society in which we live (produce and consume). Broadly, students consider this theme through social organizations and media. In particular, with the advance of political and economic globalization over the past several decades, production structures of the manufacturing industry have undergone dramatic change, and along with this, the globalization of culture and media has also moved ahead. Design, brand, and other cultural elements are also emphasized in product manufacturing and business, while in everyday communication, SNS (social media) is transforming our approach to interpersonal relationships, organizations and community. The economy, politics, culture, media, and everyday communication are closely linked, and their elements are intertwined. Students examine modern trends using the theoretical tools of sociology, or from a sociology perspective.


Language has an inherent connection with how we live, such as social interaction, recognition (thinking), identity, communication, and artistic expression. In Linguistic Theory students learn language mechanisms and systems, and at the same time, they learn what language is, that is, they learn a diverse range of views regarding the above theme through language. For this, the peripheral disciplines of linguistics, theory of linguistic communication, and interactive analysis (ethnomethodological conversation analysis in sociology) are also recommended.
In language mechanisms and systems, students cover a range of topics including basic characteristics of language such as arbitrariness and double articulation, language phonemes (phonetics and phonology), shape of language (Morphology), arrangement of language (syntax and grammatical theory), language in society and culture (sociolinguistics), interaction through conversation etc. (conversational analysis), phonograms and logograms (graphemics), auditory language and visual language (sign linguistics), language acquisition, and laliatry (applied linguistics). 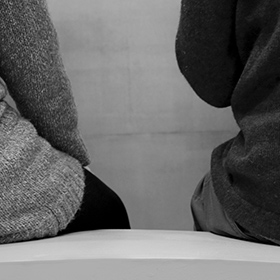 
The 21st century must aspire to multiculturalism, but unfortunately, current conditions are far from that ideal. To respect “individual” differences as “human rights”, and at the same time achieve globalization through collaboration and cooperation, students review conflict and confrontation in areas such as ethnicity, nationalism, gender, religion, age, status, and ideology, critically examine American communication theory and policies that take in culture and communication, and search for their own communication actions.
Specifically, by considering the formation of communication from people’s social presence and cultural relativity, students gain an overview of various forms of communication, including non-verbal communication, group communication, mass communication, image communication, and communication in the multimedia era, and the social history of media, including symbol/pictorial expression/words, letters and power, Gutenberg and the liberation of knowledge, formation of capitalism and colonialism, visual culture, radio and television culture, and computers and electronic networks. Students also study communication models and theories such as the magic bullet theory, limited effect theory, and powerful effect model.


Students empirically study production and technology including the importance of production, consideration for the environment, and feelings associated with challenges and the completion of work by actually experiencing the processes of production from planning and preparation to design, engineering, trial production, and achieving the work.
In the latter part, students widely cover the potential of modern technology and the problems posed by it. Themes students pursue include reconsidering the coexistence between nature after the Great East Japan Earthquake and the science and technology civilization; engineering neo-biomimetics, which is the mind-set from the civilization side that coexists with nature through life; biomimetics, which artificially reproduces ingenious “symbiotic relationships” among plants, insects and animals, and its mechanism; and considering the shape of future society where there humans and machines coexist within a fusion between the natural environment and artificial environments that encompass the application of nanotechnology, neuroscience, and optical science. 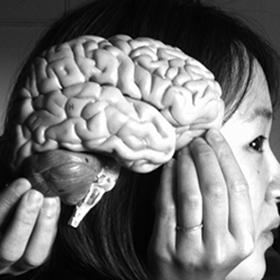 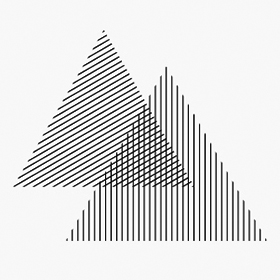 
Poietics is the theory of creating poems. Analysis of Poietics or poetic language are expected to be applied not just to language, but to form as well. Therefore, in this class, students examine the concepts of Poietics, then consider the potential for systematic analysis of the functions of the various elements at the formative dimension. Analysis will cover from language arts to paintings, images, and architecture. This includes Paul Valéry’s “Lectures on Poietics”, Russian formalist poietics, Eisenstein, visual poetry, the concept of notation, Kevin Lynch, the structure of manga, cities, clothing, and the soundscape of a gourmet city.