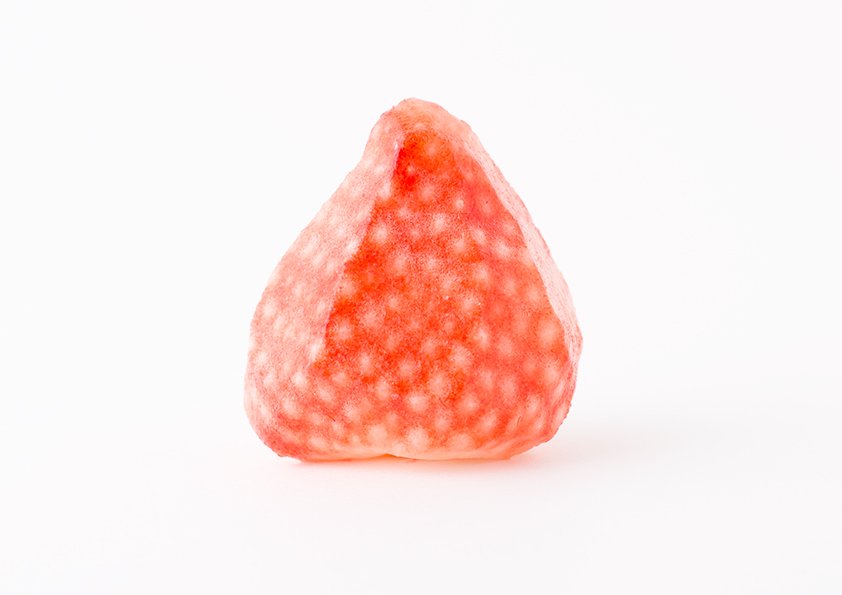 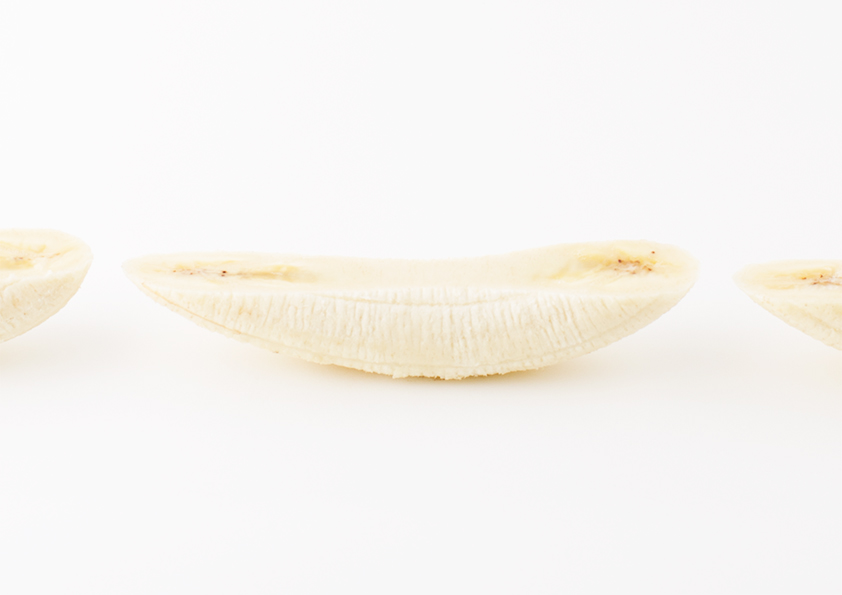 The world is awash with photos of fruit that look absolutely delicious. Here, the designer cut the ripened fruit with a knife as the moment took her; as if to discover the shape concealed within. Its appearance changes the instant the skin is peeled, the flesh is sliced, and the seeds are removed. Then take a photo as if to capture the enjoyment of the moment. Shapes of fruit never seen before emerge, rich with color. Each fruit is like a vividly colored jewel to be enjoyed without waste.
(Supervisor: Masaharu Noguchi) 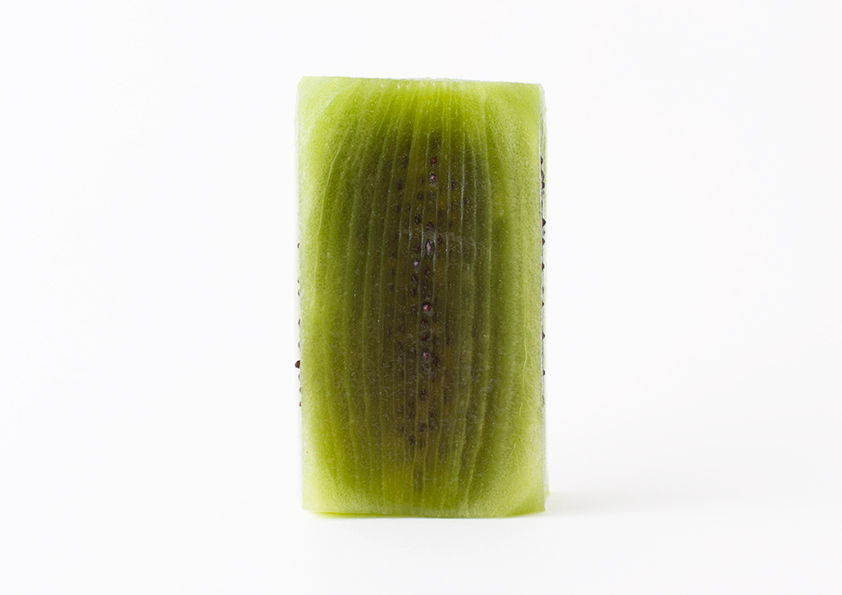 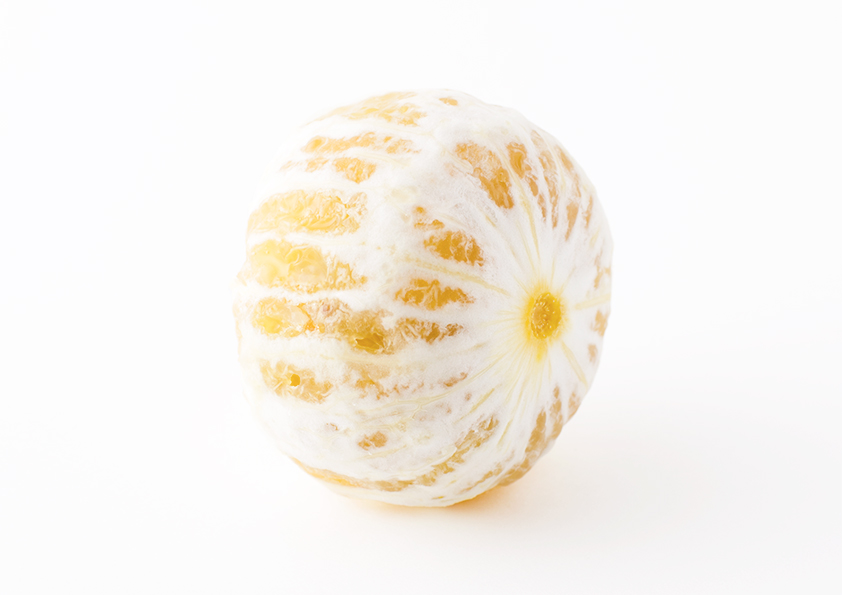 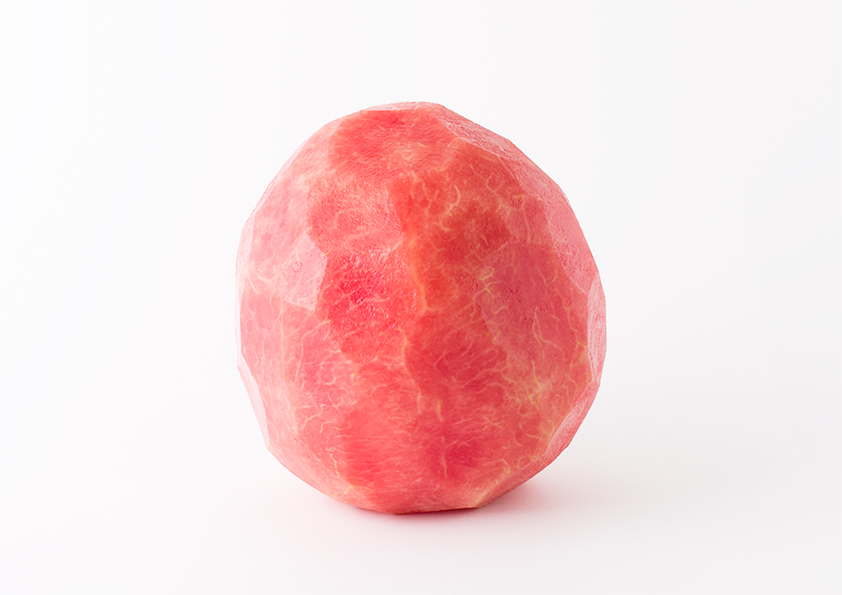 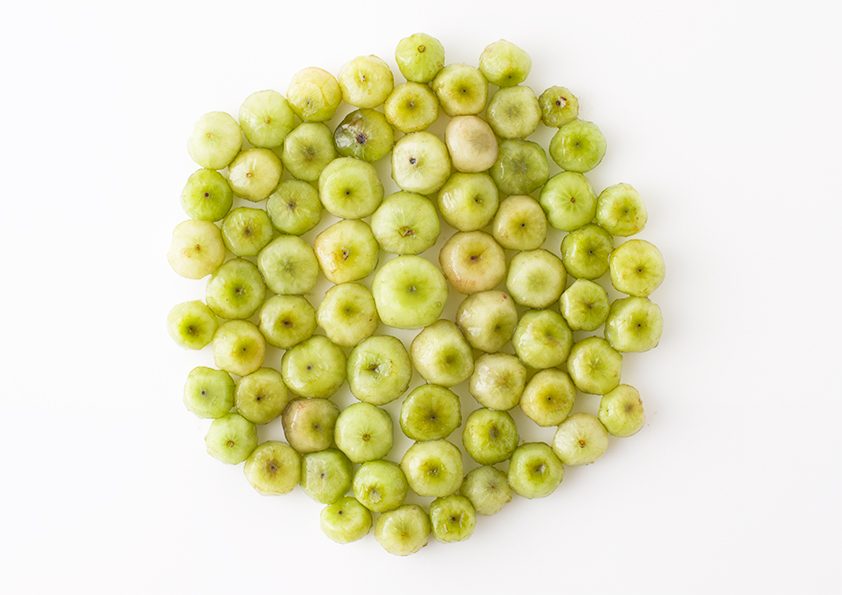 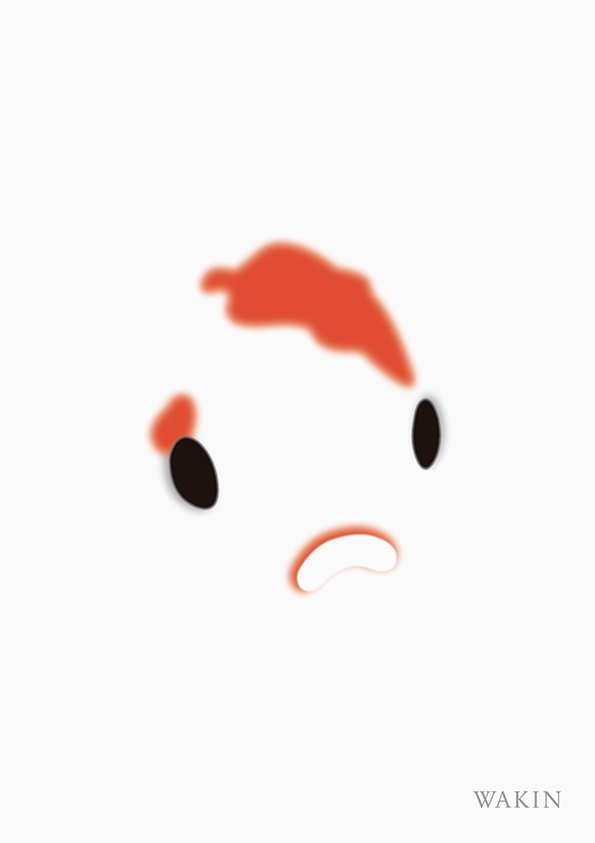 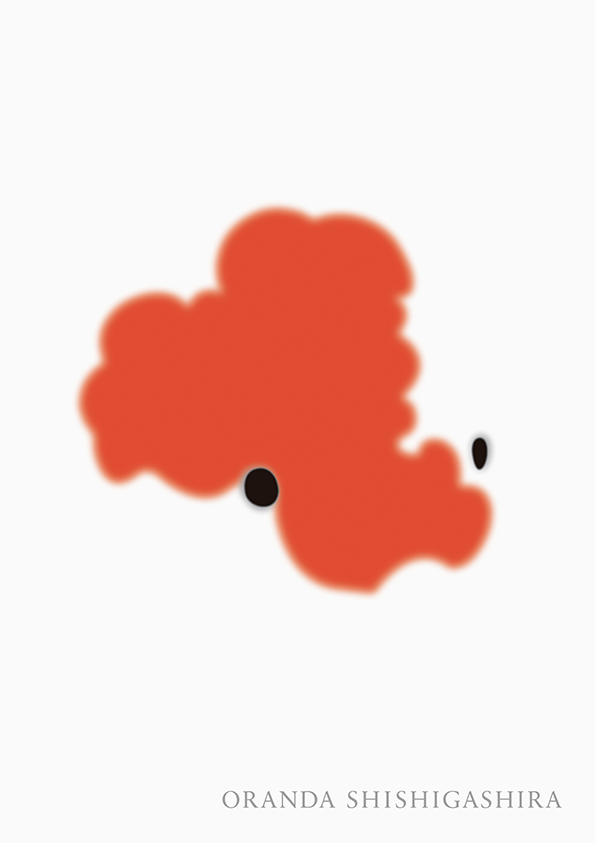 Miho Kato has expressed the goldfish in its simplest form to create a beautiful graphic design. The goldfish is an ornamental fish developed from artificial cross-breeding in a way to emphasize sought-after characteristics such as large eyes, coloring and pattern, and fin shape. In reducing the goldfish to its characteristic features, this piece highlights the ideals humans have chosen for each goldfish.
This work excels in capturing traditional Japanese beauty in a contemporary context, and even when expressed by way of animation, the viewer is drawn in by the stunning way in which the body elements that are not depicted appear within the overlap of the fish.
(Supervisor: Kenya Hara) 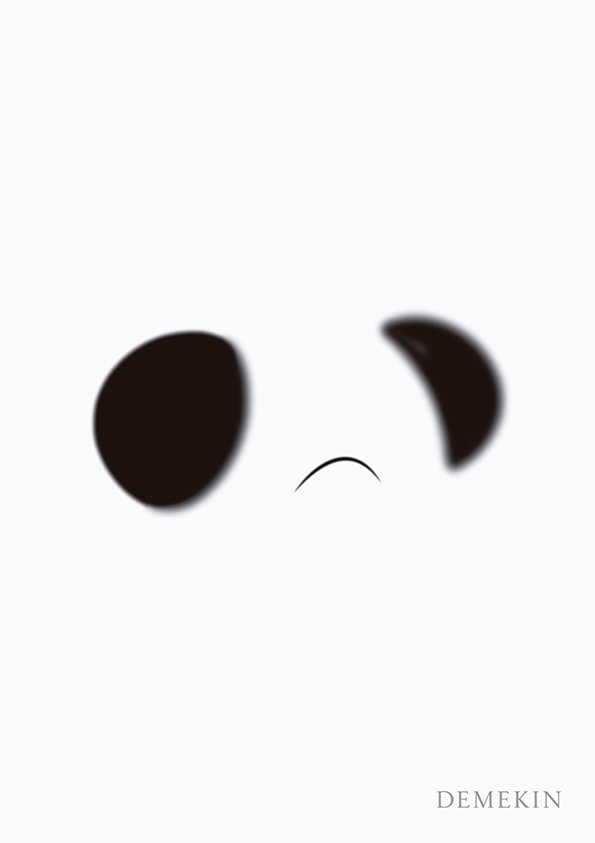 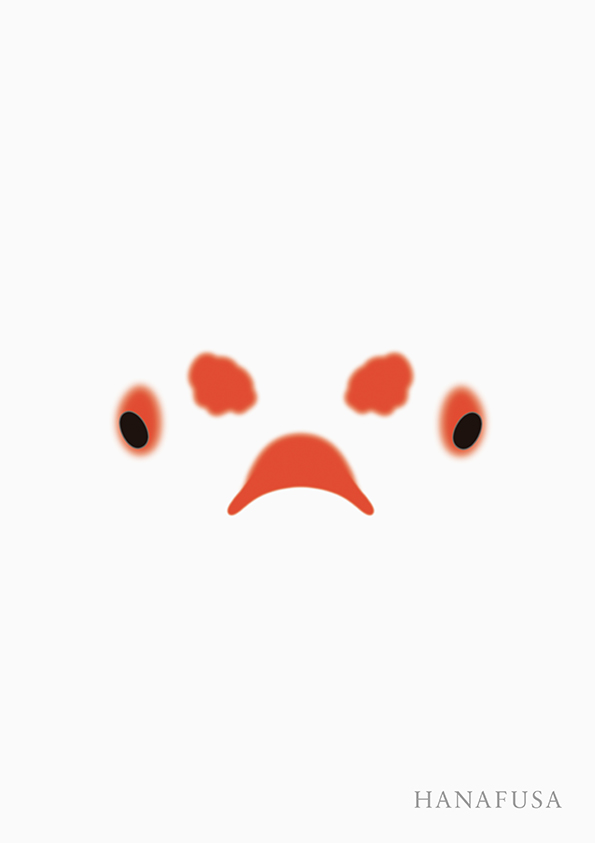 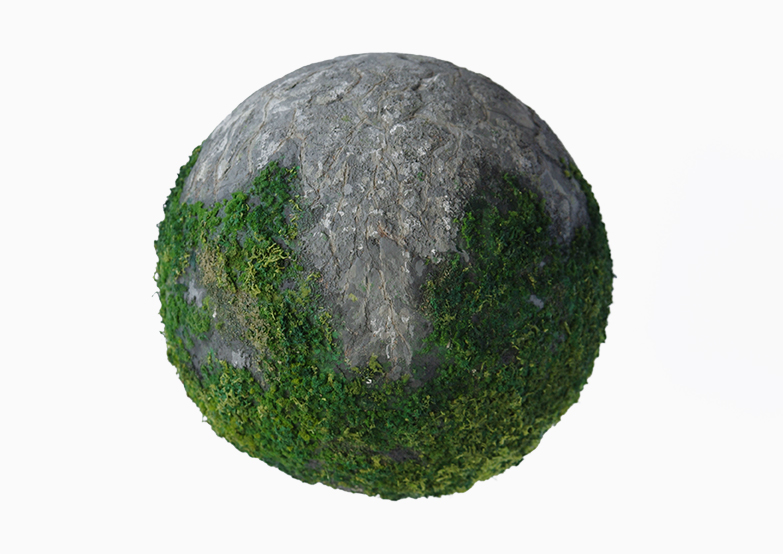 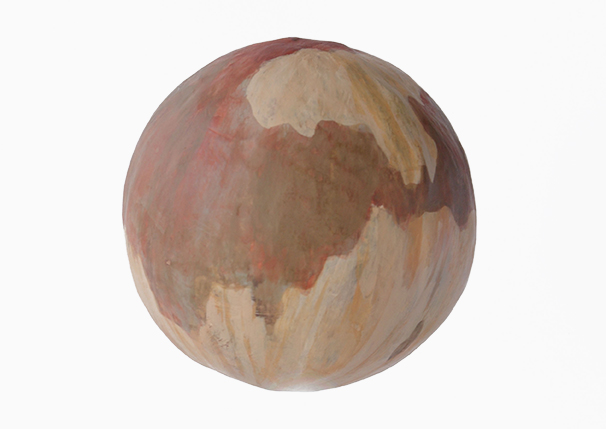 Trees standing within a familiar landscape. The designer has been closely observing the trunks of trees undergoing various changes over time, and was fascinated by the look of the expanding bark as it grew. It is said that in the bark is etched infinite evidence of providing protection to the tree it covered. The designer closely observed the features of the changing bark, and reproduced them in detail on canvas shaped to represent a sphere. It appears like a planet of trees suspended in space. This work evokes a mysterious sensation as if new life has formed.
(Supervisor: Masaharu Noguchi) 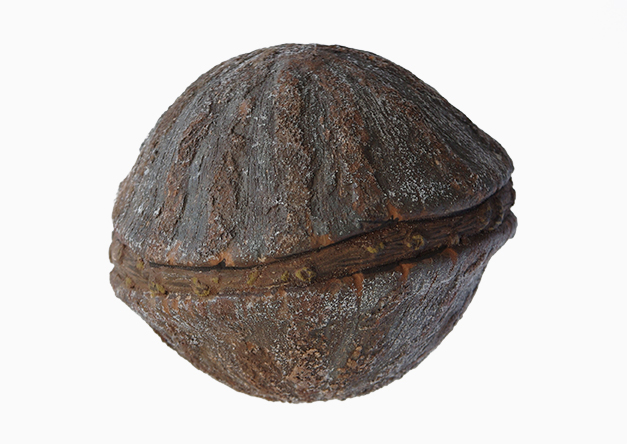 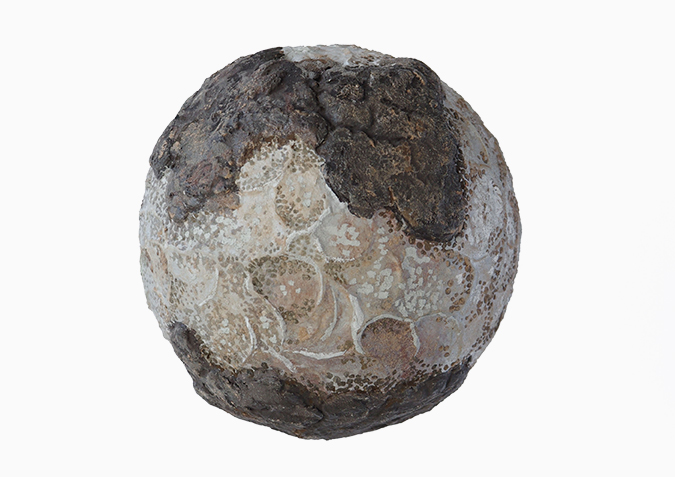 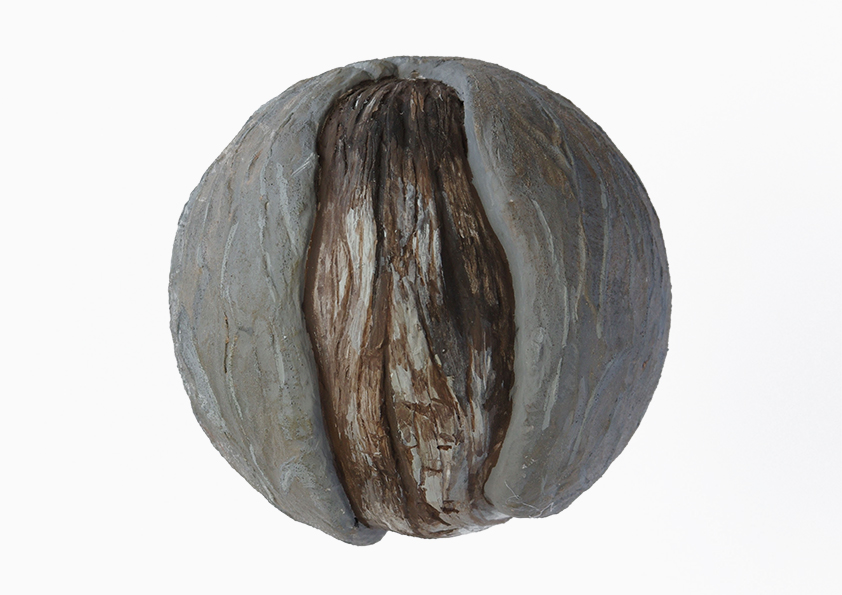 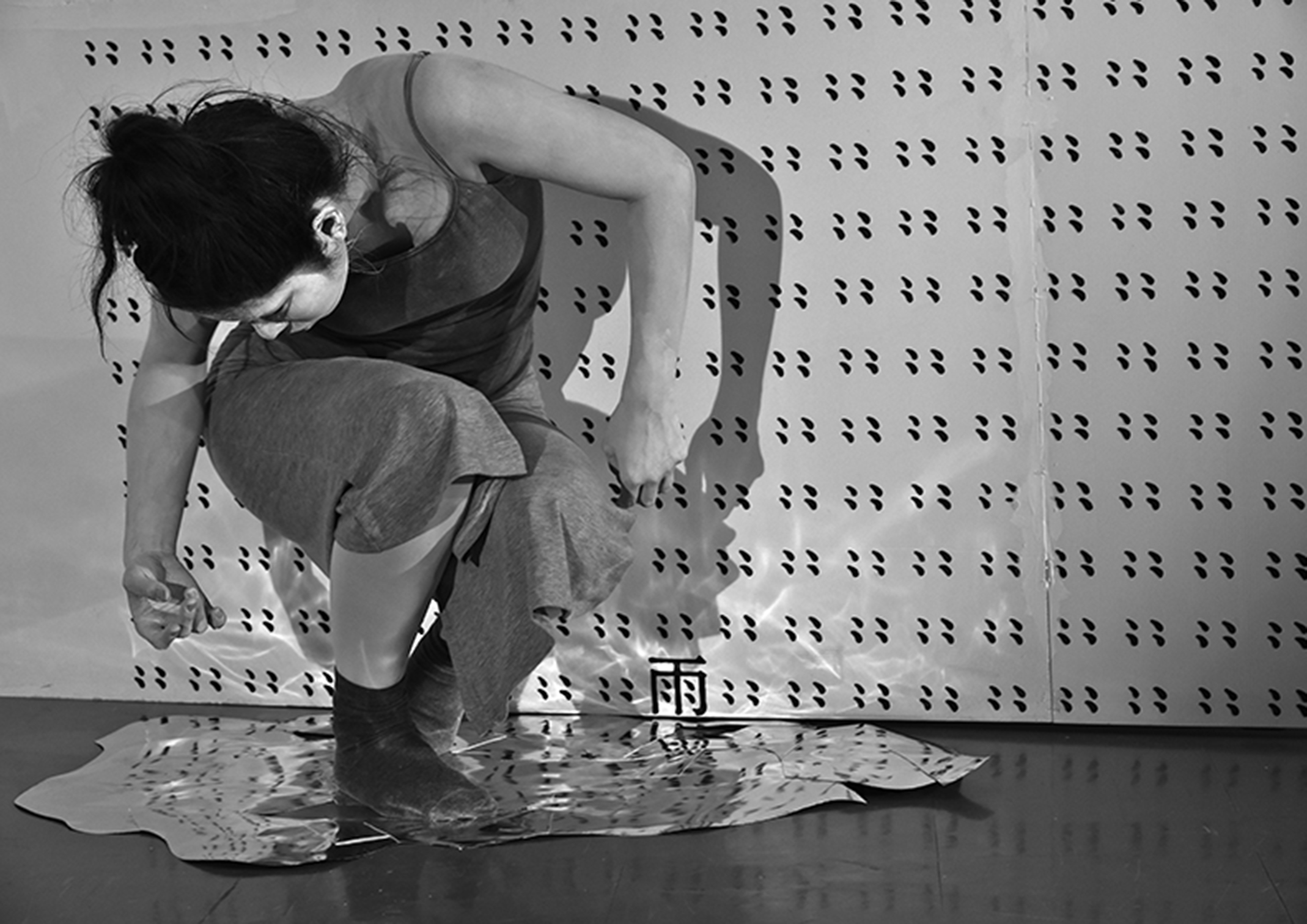 This is a dance of the six parts of Seiichi Niikuni’s concrete poetry, and is performed on a stage set up as a book taller than a person. “Stillness” of the poem giving the impression of rigidity in which characters are orderly arranged, and sudden fast and slow “movement” of the lithe body of the dancer whose face and arms are totally painted white with makeup. This strong contrast evokes a wave of emotion as if life is being breathed in the tranquil space where black characters are closely spaced on the pure white open pages of the book of poems, or spirits are skipping between the lines of the poem.
(Supervisor: Takaaki Bando) 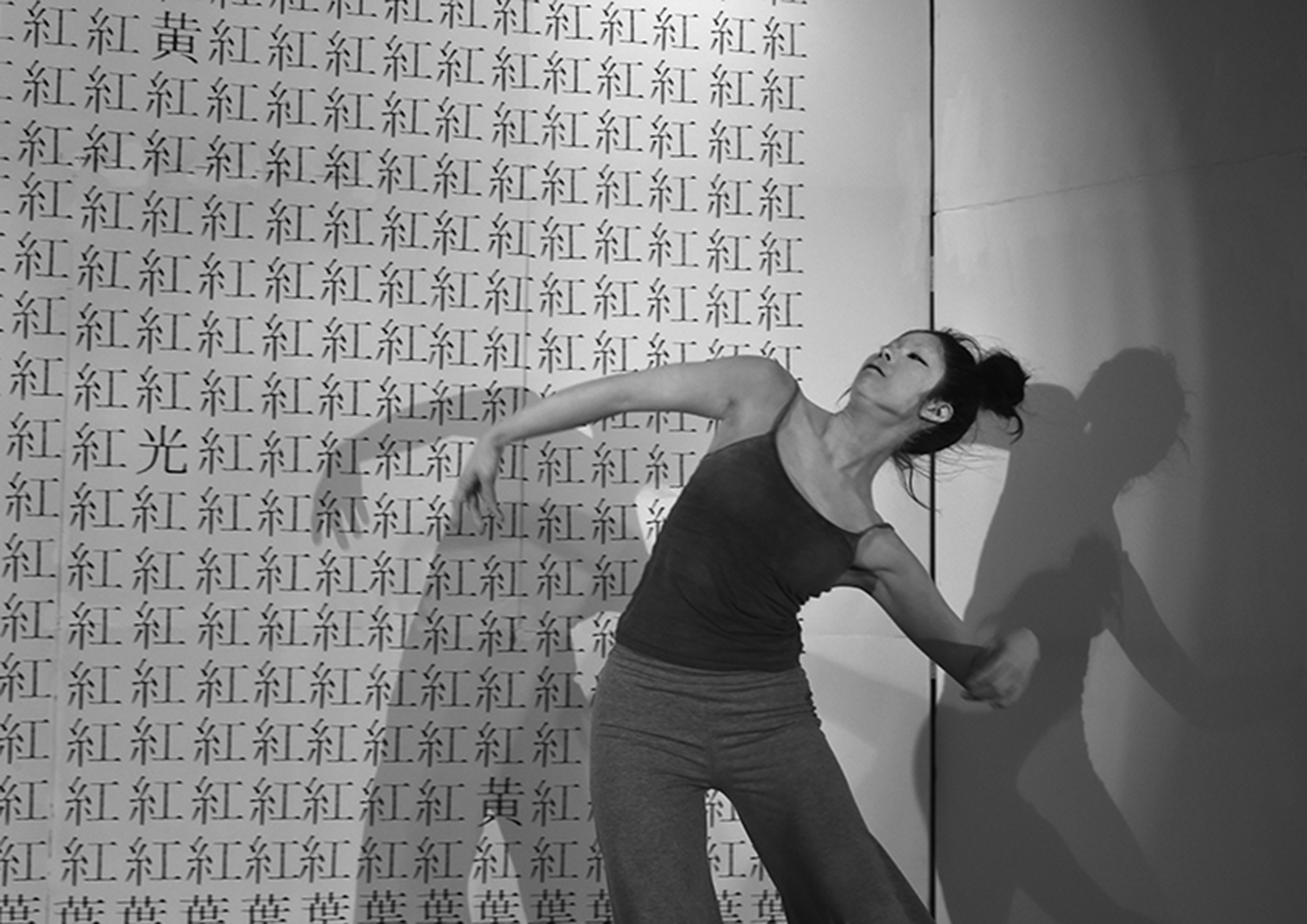 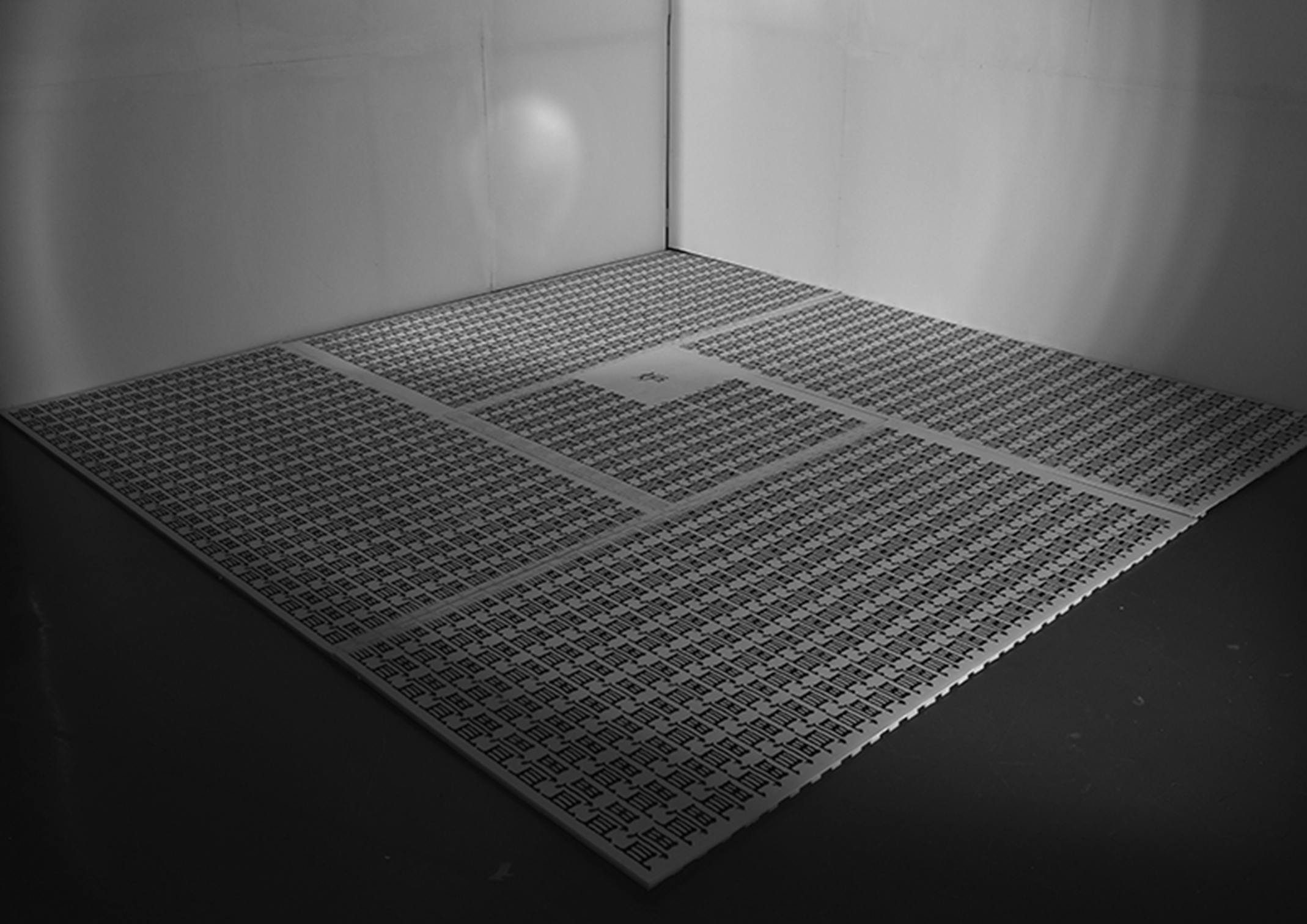 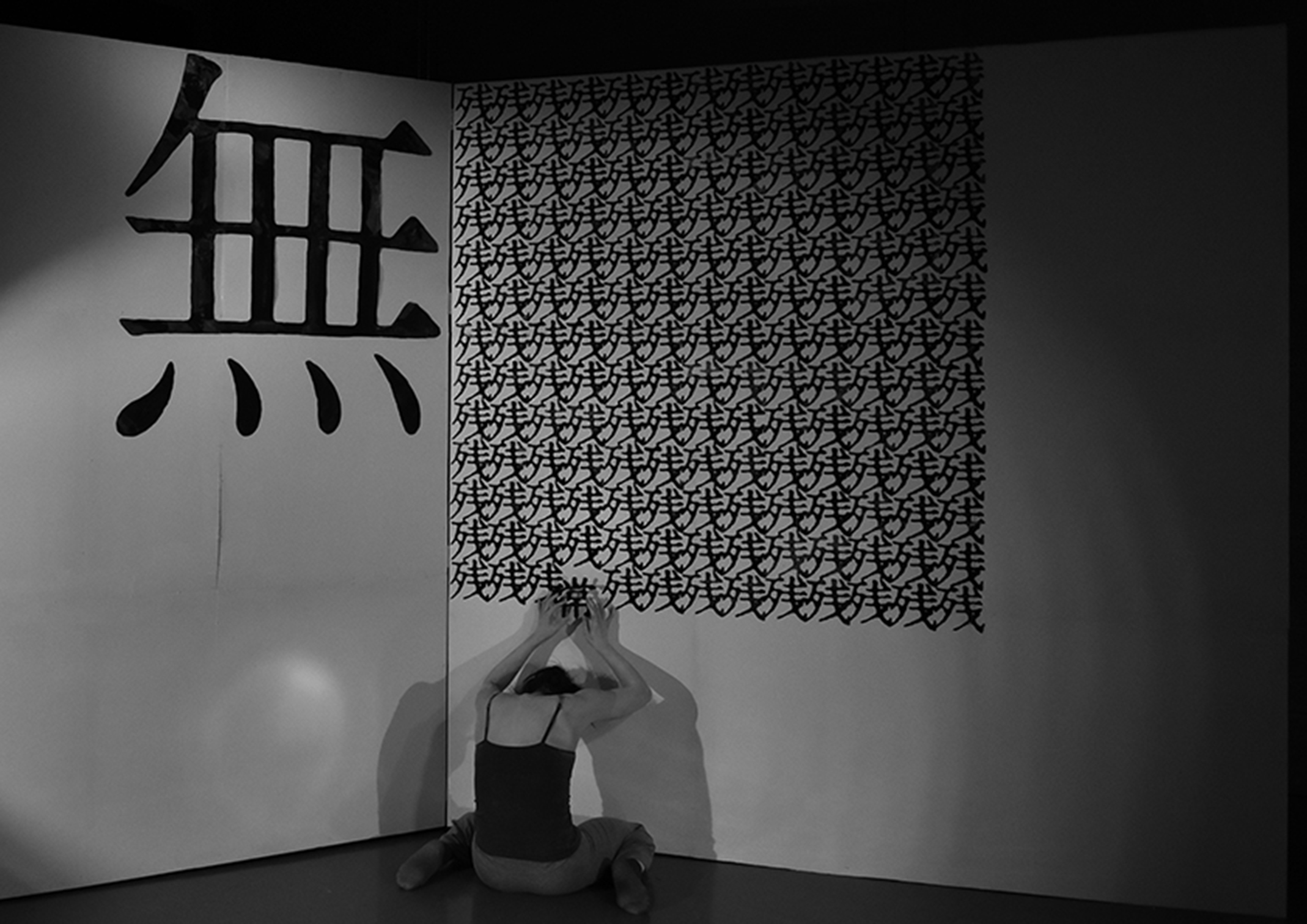 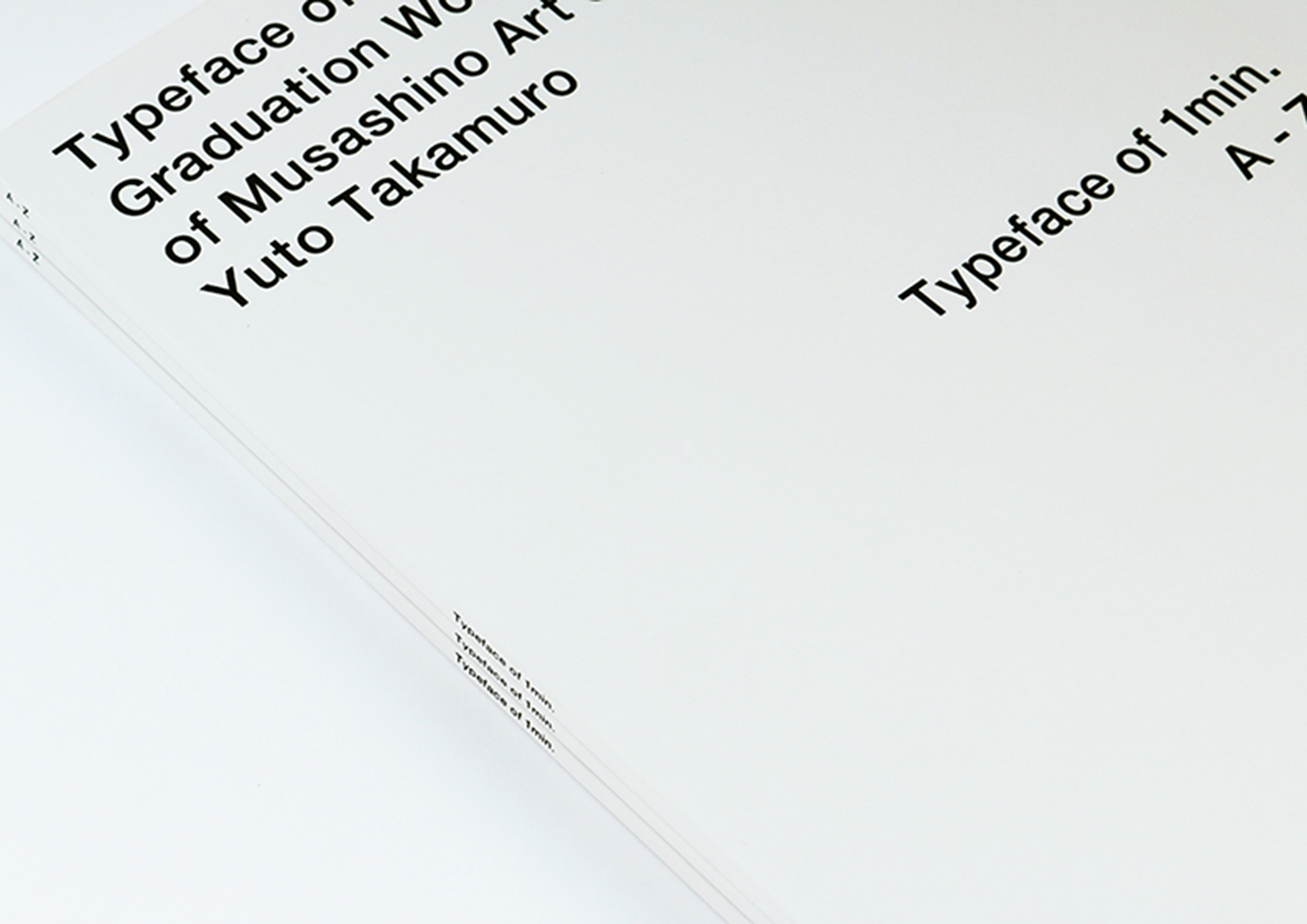 Yuto Takamuro has pursued temporal motion graphics that express the time period of “one minute”. At a certain point, he rotated a letter and realized this can depict “one minute”. By moving away from the expression of “time”, he was in fact able to encounter time. The “one minute” he has designed is outstanding in that the layers of letter shapes that fade with each second form the landscape upon which each second elapses into the past. In scenery where the world becomes a thing of the past with each passing second lingers an enigmatic sense of impermanence. The message where time or the past is portrayed, but at the same time are set free as “words” is indeed poetic.
(Supervisor: Kenya Hara) 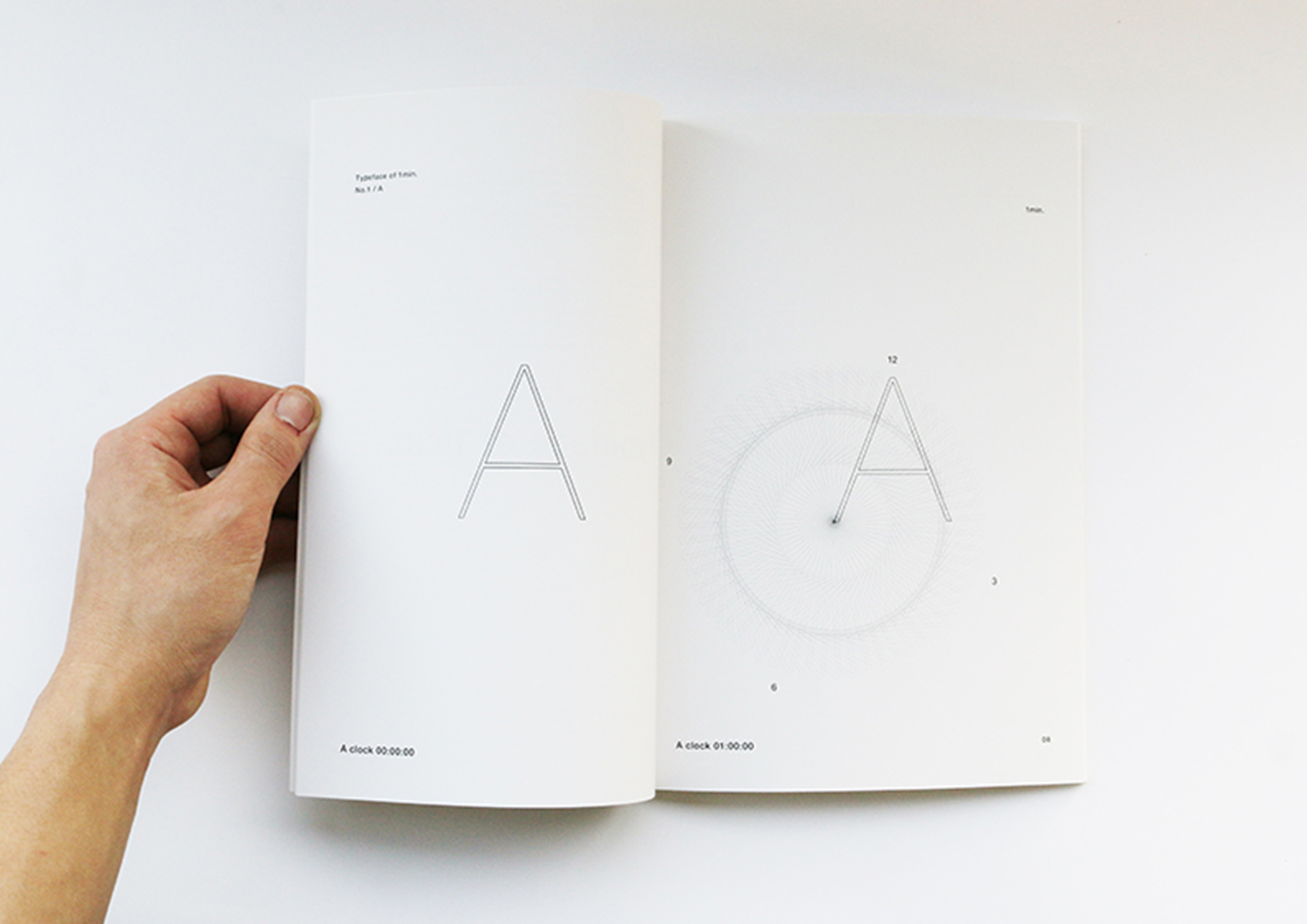